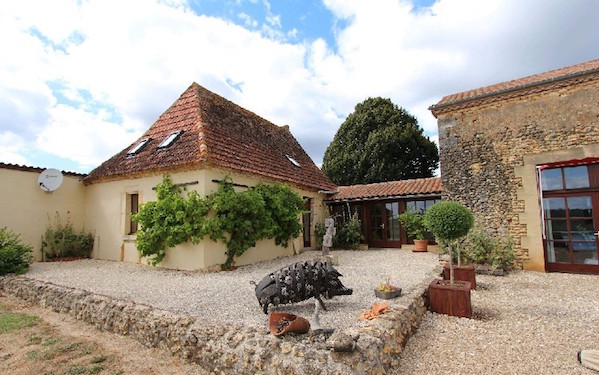 Is 2014 The Year To Say Oui Or Non To Property In France?

Posted by admin on May 4, 2016
French Property Blog

Agents are reporting a significant pickup in sales of French property to foreign buyers – so what is attracting them?

The past 10 years has seen an overseas property buying frenzy amongst investors seeking a fast return on property. Anywhere from Eastern Europe, the Spanish coast and most recently the prime capital city markets of London have seen foreign investment increase dramatically. Some say another property bubble is already inflating itself across the Channel in the UK.

In comparison, France is a more sedate, well-trodden path, particularly amongst UK property investors. Parts of France can seem like a rather picturesque home from home compared the crowded cities of the UK, the scorching beaches of Spain and Southern Europe or the less explored cities and towns of central and Eastern Europe.

It is this that has defined the French property market over the last decade. An investment in property in France is unlikely to set your pulse racing as fast as other locations where boom and bust has become a fact of life.

Investing in property in France beyond Paris can be seen as more of a lifestyle choice or a place to find property, fix it up and rent it out to tourists. If you buy property in a French ski resort or towns popular with tourists for this purpose, then you can indeed make a regular seasonal income.

If you plan to live out your retirement in a quiet little French town, then either way you are unlikely to be bothered about future market fluctuations in any case.

But looking at the bigger national picture, property in France has taken a hit in recent years with average prices reported to be down 2% since 2013. So without the obvious attraction of rising prices elsewhere, there has to be some reason why foreign investors are suddenly flocking to France again.

The reason can’t be found in any economic good news – far from it. France has seen its export markets in decline now for over a decade and its tax burden is currently the highest in the Euro area. France needs to fix its economic imbalances if this is to translate into any noticeable rise in living standards amongst its people.

That said, its people are continuing to hold onto their properties rather than sell for a knockdown price. This has had the curious effect of keeping average prices more or less stable overall. The price of property in France is said to be 15% overvalued by some analysts, however looking at the example of the UK across the channel, this kind of assessment can be taken with a heavy pinch of salt.

The value of a property in France, like anywhere else, is really down to what people are prepared to pay for it and where it is. Is it in a good area? What are the local amenities? These are just some of the questions to ask before buying.

The fact that property prices in France didn’t fall as much as expected last year might just be tempting some investors to take a bet that the market has hit the bottom and may start to pick up in 2014.

Overseas buyers in the prime regions of France accounted for 33% of sales, Rhone Alpes 15% and Paris 12%, according to BNP Paribas figures from the past 12 months. The report also suggested that buyers’ average spend increased by 5% to €384,000.

Part of the reason for this new influx of foreign buyers from the UK could be a weakening of the Euro and the low interest rates which are propping up the French property market.

The pound has been on a rising path against the Euro since July 2013 as the Eurozone continues to be held back by its weaker economies. The pound meanwhile has been strengthened by promising economic news and this looks set to continue on current evidence.

So is 2014 the year to invest in rather than simply buy property at a leisurely pace in France? You could certainly do a lot worse and this might be the year where we see France begin to turn a corner in line with other major Western economies.

Until that happens, now could be the time to look at France while your money stretches just a little further.