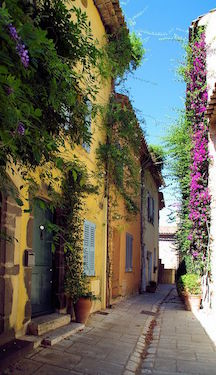 A ‘soft Brexit’ with Theresa May at the helm

Despite all my expectations, interest from potential buyers of French property remains strong. Are people just hiding their heads in the sand or are they being realistic about the implications of the vote to leave the EU?

Theresa May, our very-soon-to-be Prime Minister, may have declared that Brexit means Brexit but what will remain unclear for sometime is what terms will be negotiated with the EU and what form of Brexit will finally be accepted by all parties. Deciding on Britain’s terms of exit will create a huge dilemma for the EU. Being too reasonable could lead other countries to exit, being too hard would not only damage Britain but the EU itself. However, financial markets today are welcoming what they state will be a ‘soft Brexit’ with Theresa May at the helm.

So for British expats currently living in France what is at stake? The worst possible scenario would be that UK property owners could lose their rights to live and work in France and to receive free health care. The problem is that if Europe takes the decision to remove these rights from British expats then inevitably Britain would reciprocate with all European expats living in the UK. 2015 figures suggest that there are in excess of 3 million EU citizens living in the UK compared to 1.2 million UK citizens living in mainland Europe. Logic seems to suggest that the worst case scenario will not happen as it would cause a mass expulsion of aliens all over Europe. In fact under the European Convention on Human Rights such an expulsion is expressly prohibited. It would seem probable that negotiations will result in any current EU citizen being allowed to stay and work in the country they are currently living in. What is less certain is what will happen to healthcare arrangements and other benefits and it may well be that these form the basis of a negotiated compromise.

What is unclear at the moment is what will happen to UK citizens who are intending to move to France, either immediately before the 2 years that will follow once Article 50 is delivered. For this it seems that we have to wait and see but fortunately with the speedy arrival of a new Prime Minister, hopefully we will not have to wait long. Her current relationships with European leaders, her negotiating skills and the quoted ‘soft Brexit’ approach can allow us to hope for a favourable resolution.

What is so good to know though is that people’s love of France has not diminished since Brexit and from our point of view we are still as busy as ever with people planning viewing trips. It is, after all, pretty unlikely that anything will happen to stop UK citizens buying and enjoying holiday homes in France, after all many non-Europeans do so at the moment. The worst case scenario for such buyers is that they may need to apply for a visa when they want to visit, but again, realistically, is Europe likely to give up an economically important tourist business by making it more difficult for holidaymakers to visit?

All in all, the outlook certainly seems more favourable this morning than it has since we all awoke to the results of the referendum. It is so good to know that the love of France amongst potential French property buyers is so much greater than the current uncertainty.