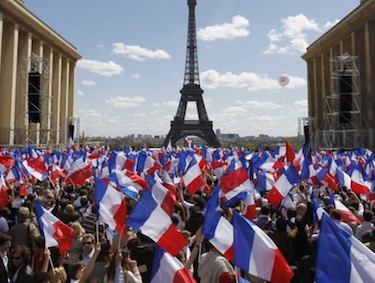 July 14th is fast approaching so it’s time to get your visit to France organised to enjoy the national holiday and to view some French properties for sale.

La Fête Nationale is a wonderful day to be in France. Every hamlet, village, town and city will have its own celebrations. In fact, the choice of festivities is so great that some neighbouring villages and towns now celebrate on the 13th so as not to clash with other events on the 14th July. Once you buy your house in France you are almost certain to become part of this great national holiday.

Bastille day celebrates the storming of the Bastille prison in 1789. Anti-monarchists revolted against Louis XVI and chose the Bastille to storm as it was where political dissidents were incarcerated. Once the 1000+ revolutionaries gained access to the prison they found only 7 elderly prisoners to release but the event was the flash point for revolution which ended in the execution of the King and his wife, Marie-Antoinette. The event also gave rise to the creation of the tri-colour flag and the Marseillaise national anthem and is the major occasion in the year when Liberty, Equality and Fraternity are celebrated.

The format of the day of the 14th July is usually similar across the country. It starts with parades, often of a military nature, followed by a communal lunch or dinner and then music and dancing in the evening, culminating in major firework displays as night falls. Sitting at long trestles tables under the shade of the trees in a village square, sharing a communal meal and feeling welcomed by your French neighbours creates unforgettable memories. You don’t have to speak fluent French to enjoy occasions such as this, just try a few words and you will be accepted as part of the community. On special days like this you will certainly realise how wise you were to buy a house In France.