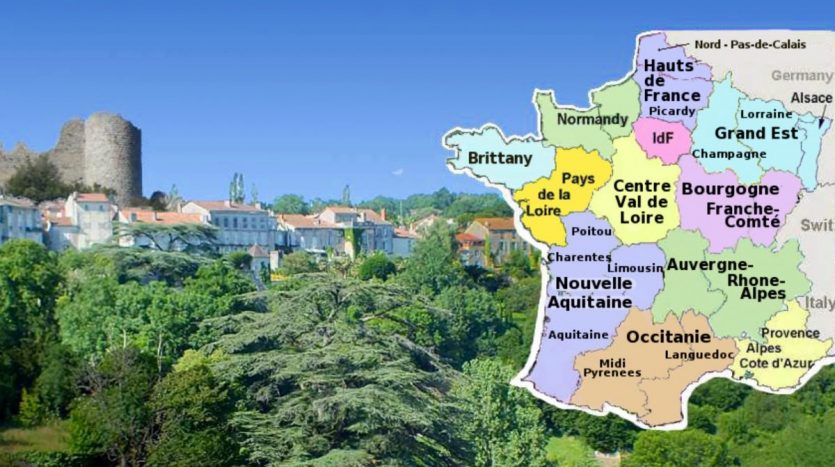 Posted by admin on May 13, 2017
Buying Property in France

During 2016 France reorganised its regional structure.

France changes and merges it regions now using new names. The new regions became operative in January 2016 with final decisions regarding the names of amalgamated regions to be decided by the autumn. So the start 2017 saw the system operative with a reduction in the number of regions from 22 to 13.

Luckily this administrative reorganisation has no significant effect on people looking for property for sale in France, it doesn’t matter if you are searching for a French property in Aquitaine or property in Rhône-Alpes or anywhere else in France it will remain possible to search on line by the old region names or by the department name. And, of course, nothing physically changes in France.

The idea of this reorganisation was originally mooted more than 25 years ago and obviously it was quite a struggle to achieve it judging by the length of time it took to reach agreements.

The desire to streamline the way France was broken down into 22 different administrative areas was driven by a desire and need to pool resources and cut costs. Most people have recognised the huge amount of bureaucracy existing in France which is not helped by the three or four tiered layer of government.

France now has 13 regions, 101 departments, 2,600 communal groups and 36,700 communes. In reducing from 22 regions to 13 the hope is that the larger regions will be more dynamic, more responsive, less wasteful and better adapted to the geography of the modern economy.

The New Regions Of France

The Reasons For The Reduction In The Number Of Regions

As far as all reports indicate, the reason for the decision to reduce the number of regions was driven by a desire to cut costs and to address the problem of some regions being too small to form effective units able to take advantage of local economic strengths and promote growth. The government had expressed a desire to abolish departments by 2017 but this does not appear to be happening at the moment. The reorganisation of the regions appeared to be easier as there was a broad consensus that some of the existing regional councils were not sufficiently large or powerful enough to become engines for economic growth. Despite the administrative reorganisation, the political structure remains the same, with no change in the number of regional councillors which probably negates the desired reduction in some of the costs. It is also not clear at the moment where the centre of administration for each region will be and it has been suggested that it may be necessary to have new buildings for some of the regional chambers.

Luckily for most buyers of French property none of these administrative changes will have any effect as people search for property in the different regions and departments of France.

Are You Looking to Buy Property in France?

Check out Property in the following regions of France