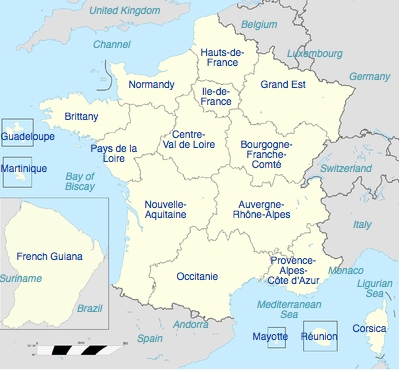 2016 Saw The Amalgamation Of Some Regions Of France

Amalgamation Of Some Regions

Now that 2016 is coming to a close we are slowly getting used to the new names that the combination of some regions has caused. At Healey Fox we are continuing to use the old names on our web site for a little longer while people get used to the new. Needless to say, we are happy to talk in terms of the new names when we chat with you!

So, a little refresher for those of you who are still getting used to the changes:

Auvergne and Rhône Alpes are combined under this new name.

Bourgogne and France-Comté are combined under this new name.

Why Buy In France?
Where I Would Like To Spend Christmas